A couple of week  ago, London commuters had to endure a complete shutdown of the underground system due to the biggest strike action by Transport For London staff in over a decade,

While most saw this as a reason to moan & arrive at work late, I saw it as an opportunity to do something I had wanted to do since my accident in February, go for a run around London, sure it meant getting up a few hours earlier than usual but it was definitely worth it for what I think will always be my favourite commute to work 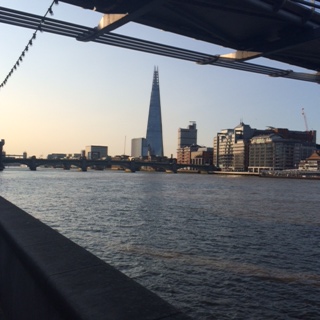 When talking about weight loss and introducing a little activity, jumping off the train a few stops early and walking is often something that is spoken about, but something I have never done simply because I love my bed to much to get up earlier to give me time for the walk, preferring to head out at lunch time instead, but on Thursday 9th July I decided to get up at 4.30 in the morning so I could catch an overhead train to Fenchurch Street and then use my C210k plan to get me the 3.5 miles to work at Oxford Circus

I have always loved walking along the river, but have only ran along the Thames a few times & the thought of having the pavements to myself at 6.30am was just to appealing. 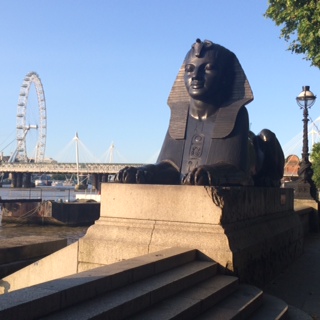 For weeks I had been putting off my C210k runs, partially because of the heat we have been having and partially because I was really struggling with the 2.5 min run / 2.5 min walks, because I had work after this run I didn’t want to push myself to much, I just wanted to enjoy the route, so I stopped & took photos of the landmarks whenever I wanted to and added on 30 seconds to every run to make up for the photo stops

Passing Tower Bridge, St Pauls, HMS Belfast, The Shard, Parliament, Big Ben, London Eye, Whitehall, it really was a beautiful morning, I got to Trafalgar Square about 7.10am, I didn’t need to be at work until 8am, I had time for a little detour, but that would take me well over my c210k miles and baring how much I had hated the last couple of runs for a split second I wondered if I had the extra running in my legs, but today hadn’t felt like a run, it had been a pleasure and my legs were feeling ok, so a quick left turn and I was heading through Admiralty Arch & down The Mall towards Buckingham Palace, injury may have prevented me taking part in the London Marathon and running those last few 100 meters of the course but that day I got my chance, to say it was emotional was an understatement, the tears had started crossing the road at Westminster, I passed tthe spot where I had stood and saw many friends race past me at this years London Marathon & when I say race past me I really mean it, I spotted Jason, Leah & Lois and each of them were so in the zone despite me waving my hands about & screaming like a crazy person each of them missed me, but that didn’t matter the pride I had felt at knowing how amazing they had done was still as strong 3 months later & now added to that was the pride in how far I had come since my accident, I remember trying to take my first steps without my cast and I had literally forgotten how to walk, I wanted to move but my brain just didn’t seem to be able to send a message to my ankle and knee to move, they were just rigid, but a little bit of perseverance and a lot of nervous giggles I was soon taking those first shaky steps,

Next week TFL employees are holding another 24hrs strike, how are you going to get to work, why not try a ‘Runcommute’ like I did

One thought on “Not letting the train strikes beat me”