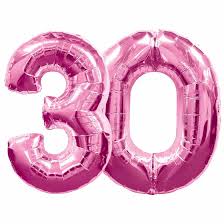 Sunday marked 30 weeks until the 2015 Virgin Money London Marathon, and as I’m very slightly ahead of the game knowing I have already secured a spot having received a coveted You’re In magazine last year, I have decided to start planning already, so Friday night I created my training plan, 30 weeks may seem a little excessive but as I have only completed 2 non stop 10ks, without a few teeny walking breaks, its time to start taking my training a bit more seriously 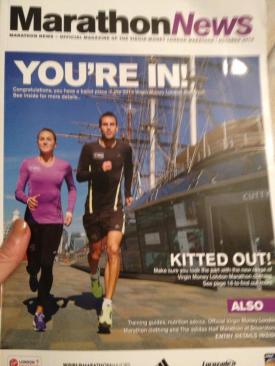 My plan is to run 3x a week, gradually building my miles and incorporating lots of races, for anyone that’s interested my training plan is below, along with detail of the races I have entered, it would be really great to meet some fellow blogger/runners at some of the races, its amazing how a friendly face or an encouraging smile can get you around a few extra miles 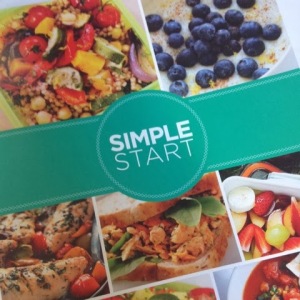 To aid my training I have also rejoined Weight Watchers as a member, because lets face it, its got to be easier running when you are carrying less ‘excess baggage’ so along with weekly updates letting you know how I am getting on with my running I will also share my weight loss progress

I understand the 2015 You’re In & Sorry magazines are hitting doorsteps as I type, my husband has just received the Sorry, but I think he is secretly relieved, he has been offered a charity place and luckily I have already raised his minimum fundraising through work but I think he is going to have to pass on that also as he has been suffering with Plantar Fasciits all year.

Good Luck to everyone who is waiting on the postman, please let me know how you get on, it would be great to have some fellow VLM’rs to follow and share training with