I had physio yesterday and received some really good news & a teeny bit of bad news & all I can focus on is the bad news when I know I should really be celebrating the good news. 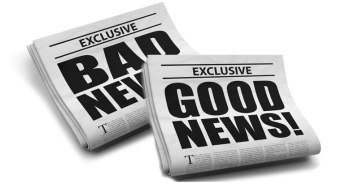 So the good news is my gastrocnemius muscle that I tore at the London Winter Run (if you don’t know about my accident click here) in February is now fully repaired. It’s now just a matter of building its strength up & I was tben told that will be a slow process my physio feels there is nothing more he can do, he is happy with my awareness of my limitations so has said I do not need any further appointments but has not fully discharged me so I can call them for an appointment if I have any major issues

The bad news is because I’m still getting niggles he wants me to drop down to 2 runs a week for the next 2 weeks, (I’ve already dropped from c210k to c25k as that’s 30 mins of run/walking rather than 1hr & now they are reducing that even further) no running for 5 days after the Shine Half Marathon then he’s happy for me to train for the Vitality WestRun London but I’m to run no further than 8k before the race (to be honest I only expected to get to 8.5-9k but it’s annoying to be told no if I was feeling I could go further)

Then when I mentioned I was beginning to contemplate a marathon again, I could see steam started coming from his ears, I stamped my feet a little & he begrudgingly agreed that if my leg felt ok after WestRun I could slowly build my mileage but to no more than 15k of running by the end of the year, no more than 20k by the end of Feb & he would suggest no more than 18 miles before marathon day and then to try and do my long run 3/4 weeks early so I have a long taper & plenty of time for my legs to rest before the big day.

To be honest all of the above sounds like a marathon is a definite for me when the reality is a marathon may not even be possibility, after watching the Great North Run highlights on the TV yesterday even a half feels like a very distant dream at the moment, a dream that I may never achieve again, but I just want the opportunity to be in control of my own destiny, I’m sick & tired of being told NO, I can’t believe a simple run, a popping feeling, a warm running water type sensation led to a leg being put in plaster, months in a boot & 8 months of virtually no running

I never thought I’d ever want to run so badly, nor that I’d miss running as much as I have, it really helps clear my head, I have always found walking and running helps with my anxiety, after a hard day at work a run may be the last thing I want to do, but I can guarentee if I push myself out the door I will always return happier than when I left, even if I arrive home soaking wet where the heavens have opened mid run

The positive I am taking from today is that I didn’t reach for chocolate, normally the first sign of bad news or things not going my way,  would have seen me leave the physio session & head straight to the sweetshop for some chocolate